Daniel Jones has worked in the justice system for 26 years. He spent 3 years as a correctional officer and 23 years with the Edmonton Police Service, obtaining the rank of Inspector. He has worked in General Patrol, Foot Patrol, Undercover Operations and Gang Unit as a Constable, Professional Standards Branch, and Homicide Section as a Detective, General Patrol as a Staff Sergeant, Investigative Support Division and Downtown Division as an Inspector. Daniel’s current role is the Inspector in the Research and Community Solutions Accelerator.  Daniel earned his master’s degree at the University of Cambridge in Applied Criminology receiving the Wakefield Scholarship. He is currently a PhD Candidate at the University of Huddersfield where he received the Secure Societies Institute Scholarship. Daniel is working in collaboration with the University of Alberta on the University of Alberta Prison Project and is also a sessional instructor at MacEwan University and the University of Alberta in the Sociology Department. His focus of study is the Victim-Offender overlap and looking at how research and evidence-based practice can create positive systems change.

Join Daniel Jones as a moderator of ‘The Royal College of Physicians and Surgeons of Canada and the Policing College of the UK are models to govern curriculum and guide reform of police recruit training’.

The recent incidences of presumed excessive use of force triggered a call to “defund police” in Canada. Subsequent conversations about police reform triggered the authors and others to advocate for the reform of police recruit training in Canada.

In Canada all training of post-graduate physicians is governed by the Royal College of Physicians and Surgeons of Canada, established 1929.

Similarly the College of Policing of the United Kingdom (est 2012) governs in a less official way the education and standards of police officers in Britain.

Both organizations apply evidence to achieve the best curriculum and the best pedagogy for students in their respective disciplines.

There are unique insights to be gained from both entities that can be applied to the development of a police recruit training model.

The panel discussion will describe the two Colleges and contrast the medical training model with the current state of police training in Canada. There are essential elements of both Colleges that can generate a police curriculum that would be responsive to evidence, that represents best-practice and combines input from policing experts and citizens about the nature of curriculum content and how it is taught.

The panel members will discuss how national governance of training could ensure police recruits meet a standard level of basic knowledge across Canada. That knowledge could include course elements developed by citizens for police recruits about the history of minority groups and the struggle of immigrants and refugees to become accepted members of society. 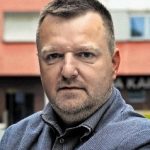 Session Highlight: Matej Košir, Director of UTRIP, to present at LEPH2021 on “Alcohol and youth in Slovenia – challenges from a law enforcement perspective”News 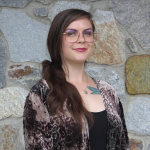