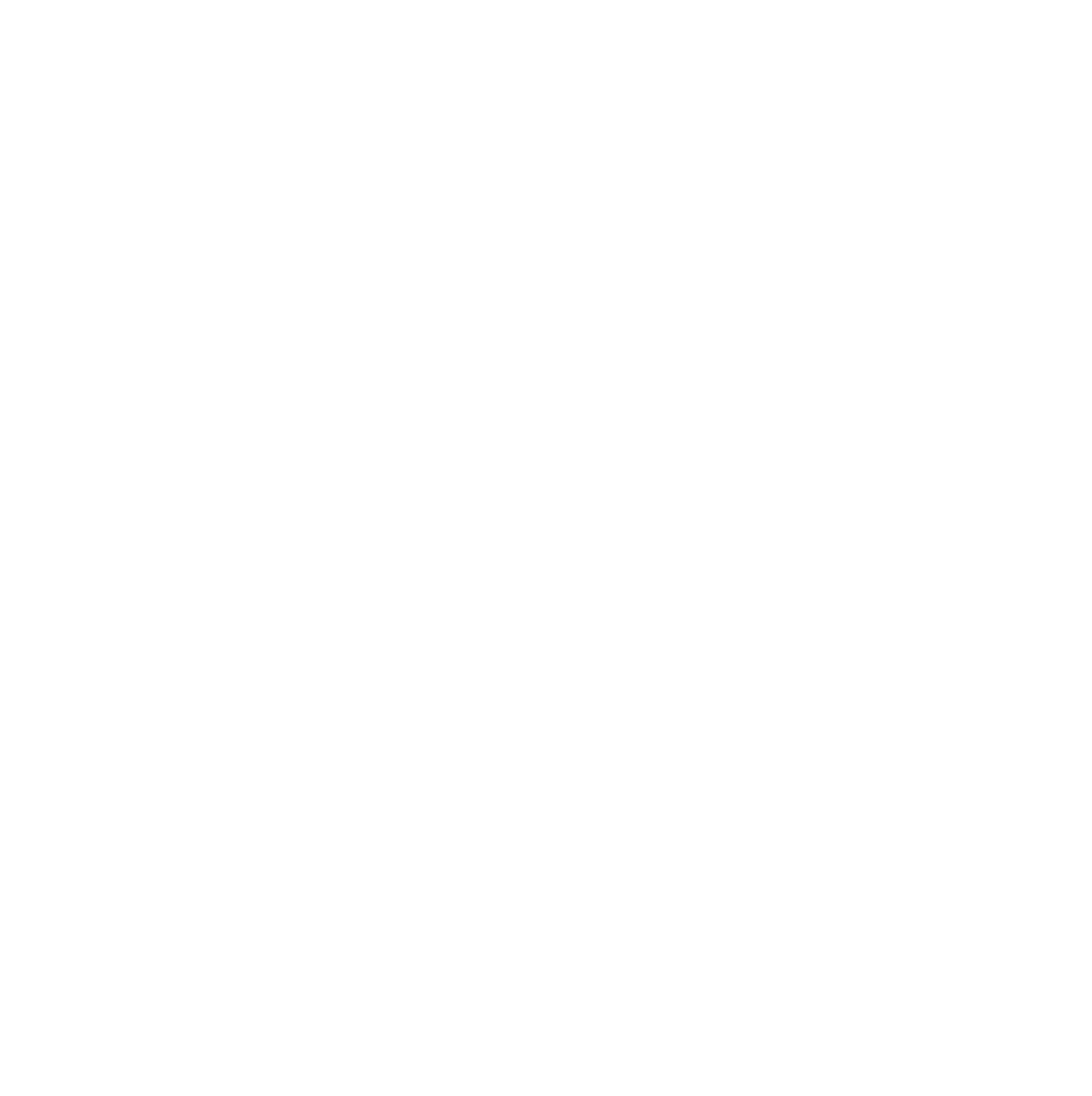 LEPH2021 addresses the complex and diverse intersections of law enforcement and public health, involving practitioners, policy makers and researchers from these and other related sectors; the intersection of these fields is highlighted by the World Health Organization with respect to global public health security where health can be endangered across geographical regions and international boundaries.

The intersections of law enforcement and public health are not new; however, their overlapping and complementary aspects have received less attention than in areas where they are oppositional or in conflict. We aim to better interrogate these intersections to identify how mechanisms available through public health, law enforcement, policing and related fields can be used to optimal benefit for community safety and wellbeing. We acknowledge that what is optimal in one context may not be so in another.

“Law enforcement” and “public health” What is meant by “law enforcement” and “public health”? As mentioned above this new area is not that “new”. Historically there is a long association between certain enforcement officials in cities and societies – religious, civil, lay – who took some form of responsibility for maintaining order and control in diverse law enforcement roles and also for a range of health, safety, medical and inspection tasks (as on human and animal waste) and during epidemics and plagues as well as regarding prostitution, the poor, indigent and mentally ill (Carroll: 2002). But the idea of permanent, professional agencies in both domains is relatively new and they were initially often fairly rudimentary and limited in scope while often facing political and institutional resistance to innovations and occupational change. In the UK, for instance, many politicians in the early nineteenth century were advocates of free markets along with low political interference and low costs and fought health reform and professional law enforcement change – not unlike hard-line Republicans in the contemporary USA. And the traditional medical world – mired in conservative practices which were often ineffective if not dangerous – often displayed virulent opposition to reforms based on experiments and innovative practices. There were, however, gradual local and national government measures through the 1800s onwards regarding sanitation, housing, pensions, education, working conditions, health provision and also law enforcement. There were, then, diverse reform efforts throughout the nineteenth century with advances in medicine and health and public facilities: but the early ideas of some form of state provision were initially geared to developing healthy males for industry and the military. Then early in the last century piecemeal reform – in response to an expanding right to vote, demands from organized labour and the socialist movement’s influence on certain political parties – began to frame the elements of what eventually became the “welfare state”.

2. Medical Police and the History of Public Health (Link)

In 1942, Henry Sigerist questioned the idea that “the German way in public health was to enforce health through the police while the English way consisted in acting through education and persuasion”. Contrasts of this kind have, however, remained commonplace throughout the twentieth century. In the 1950s, George Rosen sought to reframe the history of public health in order to understand how it “reflected” its social and historical context. Despite critiques of Rosen’s Whiggism, his work remains a source of current contrasts between public health and medical police. Rosen’s analysis posited an inherent relationship between the idea of medical police and those of cameralism and mercantilism, particularly as developed in seventeenthand eighteenth-century Germany.’ Treating cameralism and medical police as “superstructural” forms subordinate to the political and economic relations of the ancien regime, he concluded that medical police was essentially a centralized form of continental and despotic government. It was incompatible with the forms of liberal democracy associated with the development of industrial capitalism, particularly in England. By the mid-nineteenth century it was a “sterile formula”.

Histories of public health in colonial and immediately post colonial Queensland do not, in general, mention any role for the police. Equally, histories of the Queensland police are as reticent on the subject as their medical colleagues. Annual Reports from Commissioners of Police and Commissioners of Public Health to the Parliament are also silent on the subject. Yet it is evident that, especially in the nineteenth century, the police played an important role in the management of some diseases, both acute and chronic.

In this thesis, I investigate the public health role of the Queensland police: starting with the New South Wales Towns Police Act of 1838, which empowered the police of proclaimed towns to order the removal of obstructions and nuisances, the police then moved into more medical‘ areas. As an important part of their function, the discipline and control of the populace in public places, they became involved in the early management of persons suspected of being of unsound mind. Later, with the Contagious Diseases Act of 1868, the police became involved in the complicated nexus between prostitution and venereal diseases, a nexus that would lead directly to the Fitzgerald Inquiry of 1989. Aborigines were also widely perceived to be affected by venereal diseases; since they did not in general live in towns proclaimed under the Contagious Diseases legislation, they were ignored by the primary health advisory body, the Central Board of Health. The police, trying to establish better relations with the Indigenous population after the carnage of the Frontier Wars, attempted to help out those who seemed to be suffering the most.

The discovery of gold had profound demographic effects, including the invasion‘ of the gold fields by a large number of Chinese labourers, people who soon came to be labeled as the importers of the dread disease of leprosy. The police were instructed in 1892 to arrest suspected lepers‘, and were expected to look after them during the long periods that often occurred between arrest and confirmation of diagnosis, at which point they would escort the unfortunate patient to a lazarette. In addition, they performed important social roles, dealing with matters of compensation for goods destroyed (from fear of contagion), to investigating the social conditions of families left without bread winners, and other activities.

Scarcely had the police got to grips with the problems of leprosy than, in 1900, an outbreak of bubonic plague struck Queensland. Once again the police were called upon to monitor the maritime quarantine (through the work of the water police), and to prevent patients with, or suspected to have, bubonic plague, from leaving their houses and potentially spreading the disease. Similar activities were involved in the great influenza pandemic of 1918 to 1919.

In addition to these roles, the police also chased up smallpox contacts; they were involved in food distribution programs for malnourished Aborigines, and they attempted to control the opium trade that was leading to great demoralization of the Aboriginal population.

This thesis aims to examine exactly what the police did in the field of public health, asks why they had to shoulder such a burden, and asks why this work has been largely ignored by historians of both public health and the police.

4. Law enforcement and public health as an emerging field (Link)

Law enforcement (especially policing) and public health share much common ground; insecurity and lack of safety, traditionally provinces of law enforcement, are iniquitous to health and to attempts to improve public health. Considering the maturity of both fields and the growing complexities of their challenges, it is urgent to more consciously ‘join forces’. Public health has a strong culture of seeing the individual within their community, as active participants using social capital to build healthy communities. This is matched by the rise of ‘community policing’, with many of the same influences and approaches. More recently, vulnerability and holistic models of community safety and well-being are central to strategy in both law enforcement and public health. Public health is broad, with a huge variety of stakeholders: lists of disciplines engaged in the public health mission are long – but law enforcement officials appear rarely if ever. There is a lack of reciprocal awareness in each sector of the importance of the other in achieving its mission; we wish to raise awareness among both sectors of the importance of the collaboration in addressing the widest range of complex social issues. We argue for closer and better relationships based on mutual understanding of the inextricable entanglement of health and criminal justice perspectives in many complex social issues, and mutual respect for each other’s role in addressing them. We have begun exploration of this intersectional area through establishment of an international conference series and a global network of research institutions working in the field.

We invite you to add to this emerging archive. We are especially interested in articles that are historical or examples from the global south. 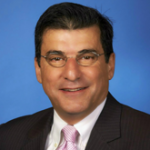 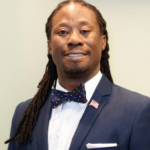